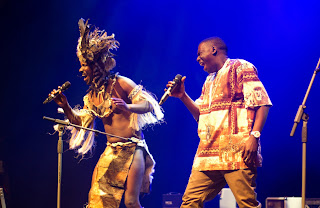 The heart of Uganda was seen and heard at the venue every artist wishes to perform at. Friday 6th April 2012 saw the return of the Ganda Boys (Denis Mugagga and Daniel Sewegudde) to the stage where they graced the audience with culture, fun and stunning on-stage presence at IndigO2 within the O2 complex.

The trio became duo (for one night only) opening with Africa, a song with very traditional and organic sounds. Although audiences were sparse to begin, they appeared in awe of the energy and performance that these two talented young men offered them. As more people arrived and those in the VIP areas made their way down to the main stage the audience began coming to life. People in the audience were lapping up the enthusiasm that Ganda Boys had to offer – they even managed to get a few people dancing.

By the time Mugagga had introduced the second song (One Love), the roots of the talent on the stage entranced the audience, by the third song (Kachiiko) the audience had filed in to see more of the boys on stage. So, judging by audience reactions there is a general desire to see them on stage more often – boys, get your act together and find more venues to play. Audiences obviously want to hear more from you – you have found a gap in the market!
This event was organised and coordinated by the dedicated charity UK Travel Goods Industry Support for Schools to help raise money for their cause – helping to strengthen and in many cases rebuild schools and communities and provide the essential amenities that we take for granted. The charity is focussed in its objectives to provide four schools in Shurugwe, Southern Zimbabwe with the support they need to become self-sufficient and raise awareness for orphaned children. 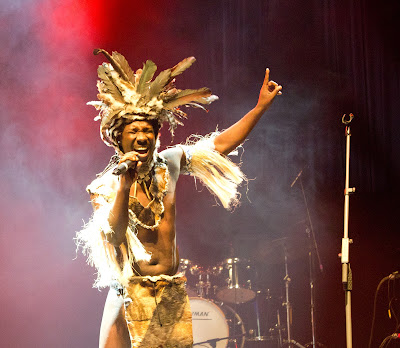 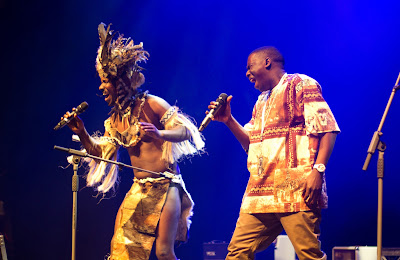 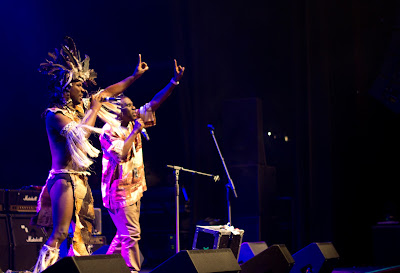 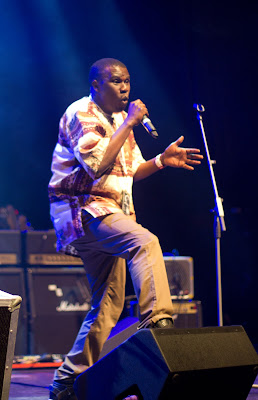